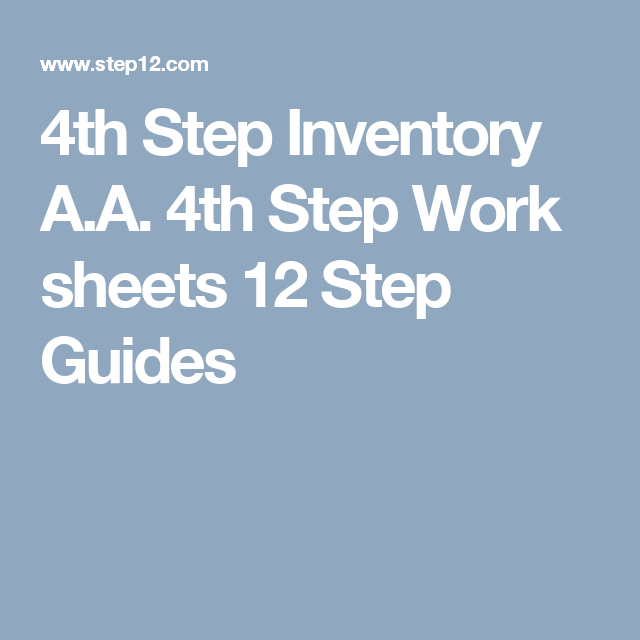 The Recovery Program. Here are the steps which are a program of recovery:
1. We admitted we were powerless over gambling, that our lives had become unmanageable.
2. Came to believe that a Power greater than ourselves could restore us to a normal way of thinking and living.
3. Made a decision to turn our will and our lives over to the care of this Power of our own understanding.
4. Made a searching and fearless moral and financial inventory of ourselves.
5. Admitted to ourselves and to another human being the exact nature of our wrongs.
6. Were entirely ready to have these defects of character removed.
7. Humbly asked God (of our understanding) to remove our shortcomings.
8. Made a list of all persons we had harmed and became willing to make amends to them all.
9. Made direct amends to such people wherever possible, except when to do so would injure them or others.
10. Continued to take personal inventory, and when we were wrong, promptly admitted it.
11. Sought through prayer and meditation to improve our conscious contact with God as we understood Him, praying only for knowledge of His will for us and the power to carry that out.
12. Having made an effort to practice these principles in all our affairs, we tried to carry this message to other compulsive gamblers.
The Unity Program. In order to maintain unity our experience has shown that:
1. Our common welfare should come first; personal recovery depends upon group unity.
2. Our leaders are but trusted servants; they do not govern.
3. The only requirement for Gamblers Anonymous membership is a desire to stop gambling.
4. Each group should be self-governing except in matters affecting other groups or Gamblers Anonymous as a whole.
5. Gamblers Anonymous has but one primary purpose - to carry its message to the compulsive gambler who still suffers.
6. Gamblers Anonymous ought never endorse, finance, or lend the Gamblers Anonymous name to any related facility or outside enterprise, lest problems of money, property, and prestige divert us from our primary purpose.
7. Every Gamblers Anonymous group ought to be fully self-supporting, declining outside contributions.
8. Gamblers Anonymous should remain forever non-professional, but our service centers may employ special workers.
9. Gamblers Anonymous, as such, ought never be organized; but we may create service boards or committees directly responsible to those they serve.
10. Gamblers Anonymous has no opinion on outside issues, hence the Gamblers Anonymous name ought never be drawn into public controversy.
11. Our public relations policy is based on attraction rather than promotion; we need always maintain personal anonymity at the level of press, radio, films, television, and Internet.
12. Anonymity is the spiritual foundation of the Gamblers Anonymous program, ever reminding us to place principles before personalities.