Best Poker Players In The World

Defining the world’s top poker players is hard because there are so many variables that go into the matter.

You also have to look beyond just earnings because some players can climb the all-time winnings list with a few big scores.

Then there’s the matter of whether somebody is still actively playing and improving their game.

But while a lot of factors go into deciding the best poker players, some pros stand out above others no matter what games or format they play.

That being said, here’s a look at the 33 best all-around poker players in the world today.

Not even 25 years old, Fedor Holz has rapidly ascended to the top of the poker world thanks to a flurry of big tournament finishes.

It’s difficult to weigh high rollers over a long, steady stream of poker results. But given Holz’s impressive results at such a young age, it’s hard to deny his talent and $20.3 million in livewinnings.

Dan Cates is a great example of perseverance in poker.

Working at McDonald’s and playing online poker on the side, he busted his bankroll several times before making a breakthrough. This breakthrough came in the form of a $5 million profit in 2009.

Since then, Cates has remained a consistent winner in high stakes online cash games, proving both his longevity and ability to keep up with the competition.

Playing under the name ‘w00ki3z,’ Cates led everybody with over $2.8 million in online cash game winnings in 2014. He has $11.5 million in career online winnings at the time of this writing.

A regular in the top 5 of the Global Poker Index GPI rankings, Dan Smith is a top 5 player on my list too.

In all, Smith has $15.1 million in live winnings at the time of this writing.

Daniel Negreanu has plenty of pursuits outside of poker, namely being the face of PokerStars. Nevertheless, he still finds time to hit the felt and rack up cashes.

Negreanu is the biggest tournament winner of all time with over $32.6 million in earnings.

One reason why the Canadian tops the live tournament winnings list is because he’s consistently earned cashes since 1997.

While Jens Kyllönen kicked his poker career off with a win in the 2009 EPT Copenhagen Main Event $1.12m, he’s become much more famous for his online exploits.

The Finnish pro has nearly $5.4 million in online cash game winnings at the time of this writing.

Seidel’s first major tournament was the 1988 WSOP Main Event, where he finished second place to Johnny Chan and scooped $280,000. The final hand of this tourney appears as a scene in the 1998movie Rounders.

Seidel hasn’t slowed down since then, earning 8 WSOP gold bracelets and over $30 million in live tourney winnings — second only to Negreanu.

Ben Sulsky learned poker on a spring break trip to Mexico, reading books and playing online hands during his downtime.

The man known as ‘Sauce123’ has since become one of the biggest winners in online poker history with $4.4 million in profits.

One thing that makes Sulsky impressive is that he continues winning against the world’s toughest players.

A poker pro’s pro; Ike Haxton has earned success in both the live and online poker realms. He has $2.4 million in online cash profits and over $12 million in live tournament winnings.

Haxton’s live career started off very well when he finished second in the 2007 PCA Main Event $861,789. He expanded his bankroll by finishing second in the 2009 WSOP 40th Anniversary tournament$1.17m.

Earning his first tournament cash in 2010, Tom Marchese has quickly become one of the biggest ever tournament winners with $15.5 million.

What’s amazing about Marchese is his consistency in high rollers, notching 10 six figure cashes in 2016 alone.

If Phil Hellmuth sees this list, he’d quickly argue that he should be No. 1.

Perhaps Hellmuth is underrated because he draws so much flack for his incessant whining, blowups, and self-aggrandizing nature.

But through it all, Hellmuth’s poker talent shines with a record 14 WSOP gold bracelets and $21 million in tournament winnings.

One of the most recognizable faces of the Poker Boom, Patrik Antonius continues to be relevant in the online scene.

The former High Stakes Poker regular has won more money than anybody in online poker history with $15.9 million.

He earned $3.4 million in 2013/14 and continues to test his skills against the top online grinders.

After starting his poker career off with a win in the 2008 EPT Sanremo Main Event €869,000, Jason Mercier continues adding big cashes and wins to his resume.

Mercier doesn’t show any signs of slowing down since he won two gold bracelets and cashed 11 times at the 2016 WSOP.

While Brian Rast has always been a good poker pro, he entered a new stratosphere in 2016.

Dan Colman will always be remembered for two things: 1 his anti-poker rant, and 2 a magical year in 2014.

Surely this isn’t the case, though, because Colman has collected over $26 million in live tournaments.

Polk relies on his successful resume when coaching other players and releasing training videos. He’s also an avid YouTuber and Twitch streamer.

Known as “The Grinder” because he never gives up in a tournament, Michael Mizrachi’s never quit attitude has earned him over $15.3 million in live tourneys.

His first big score came in the 2005 WPT L.A. Poker Classic Main Event, where he finished first and collected $1,859,909. Mizrachi quickly added another WPT title in the 2006 Borgata Winter Open$1.17m.

Scott Seiver is another tournament player who consistently finds his way to the GPI’s top ranks. He kicked off his successful career by winning a 2008 WSOP $5k NL hold’em event along with$755,891.

At the time of this writing, Seiver ranks sixth all time with over $21.7 million in live cashes.

Having accumulated over $11.83 million in live winnings, Vanessa Selbst is regarded as the best female poker player of all time.

She’s one of the top poker players period and has many notable cashes to back this up.

In addition to her poker acumen, Selbst is also a civil rights lawyer and graduate of the Yale School of Law.

Once regarded as the best all-around poker player in the world, Phil Ivey’s image has taken a hit in recent years.

The reason why Ivey’s reputation dropped is because he’s lost $8.7 million in online poker since Black Friday Apr 15, 2011. But Ivey was such a big winner before this that he still has $10.4million in overall online profits.

Add in the fact that he’s currently sixth all time in live tournament winnings with $23.86 million, and it’s not hard to still see him among the top 20 players.

Nevertheless, with Ivey concentrating on business interests these days, his game has slipped from its once dominant form.

While John Juanda started playing live tournaments in the mid-1990s, he didn’t experience any big successes until the early 2000s.

One of his most notable wins includes taking down the 2008 WSOP Europe Main Event and earning £868,800. 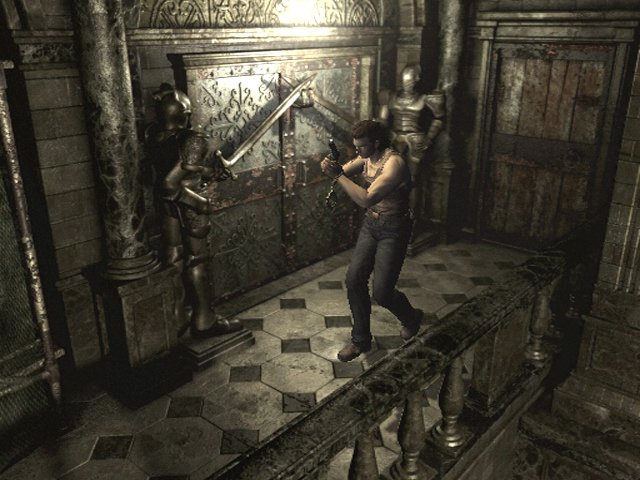 Aside from earning over $18.8 million in live tournaments, Juanda is also a very good cash player and has played everywhere from Vegas to Macau.

Playing under the screen names ‘Kanu7’ and ‘IReadYrSoul,’ England’s Alexander Millar is one of the biggest online poker winners ever with $4.5 million in profits.

Millar had an incredible run from 2011 to 2013, where he made over $4 million. His play has slowed since then, but Millar remains one of the most feared players in the online nosebleeds.

Another Brit on this list, Sam Trickett had a budding soccer football career before hurting his knee. With little to do because of his ailing knee, Trickett picked up poker and the rest ishistory.

In 2010, Trickett began playing rich businessmen in lucrative Macau based cash games. In an interview, he revealed that he won over £1 million in these games.

Hailing from Toronto, Justin Bonomo quickly experienced online success in the mid-2000s. At one point, he was the youngest poker player to be featured at a final table, playing in the 2015 EPTDeauville finals at age 19.

Bonomo has stayed on top of his game ever since, tallying a number of big cashes on his way to over $12.8 million in live tournament winnings.

Chris Moorman is the best online poker tournament player in the world, amassing a record $13,751,801 at the time of this writing.

Moorman is also has 25 triple crowns, which involves winning three online multi table tournaments with at least a $10k prize pool in a seven day span.

While the Brit dedicates the bulk of his time towards online tourneys, Moorman has also experienced success in the live realm too. He finished second in the 2011 WSOP Europe Main Event €800,000,first in the 2014 L.A. Poker Classic $1m, and third in the 2016 ESPT Barcelona Main Event €241,300.

Steve O’Dwyer’s poker career started off modestly in the mid-2000s, but it’s really picked up over the last several years.

Phil Galfond is one of the original online poker greats, having battled against the likes of Ivey, Cates, Antonious, and Tom Dwan in high stakes action. Galfond has over $8 million in online cashgame profits throughout his career.

What makes Galfond special beyond his results is that he’s also one of the prominent instructors for training videos.

Galfond’s training videos at Blue Fire Poker offered some of the most innovative strategy that the poker world had ever seen. He eventually left Blue Fire and started his own trainingsite called Run It Once.

The only reason that Galfond isn’t higher on this list is because he doesn’t play as much anymore.

Along with Holz, Ole Schemion is one of several Germans who’ve experienced massive poker success thanks to a heavy mathematical approach.

Schemion’s knowledge of poker math and other strategy has helped him build over $11.4 million in live tournament winnings.

Michael McDonald experienced poker success at a very young age, winning the 2008 EPT Dortmund Main Event €933,600 at age 18. The Canadian has proven that this wasn’t just a fluke either, earningover $13 million in his career.

While Antonio Esfandiari is known for many things in the poker world, his biggest accomplishment includes winning the 2014 WSOP $1 million Big One for One Drop along with $18,346,673.

But as his $27.35 million in career winnings suggest, Esfandiari is more than just somebody who won big in a single event.

Known as “The Magician,” Esfandiari has also made several mainstream TV appearances, including I Bet You, Entourage, Freelancers, and Underground Poker.

Jonathan Duhamel went from a little known grinder to a famous pro after winning the 2010 WSOP Main Event and $8,944,310. And unlike many players who got a jumpstart from the WSOP Main Event,Duhamel has shown longevity in poker.

When Viktor Blom burst onto the internet high stakes scene in 2009, he baffled the world’s greatest players en route to over $5.5 million in profits.

Times have been tougher for Blom and he’s gone through a number of wild bankroll swings since then. Nevertheless, Blom has never stopped grinding against top online pros over his career.

Despite being a lifetime loser, I believe that all of the Swede’s upswings show he belongs among the world’s best players.

Starting her adult life as a model and lead singer in a rock / goth band, Liv Boeree switched gears when she was selected for the TV show UltimatePoker.com Showdown. She didn’t win theshow, but it kick started her love of poker.

Aside from her poker exploits, Boeree has also appeared on mainstream TV shows like Codex, Golden Balls, BBC Breakfast, Mind Control Freaks, and I Bet MyLife.

This list represents who I see as the world’s top poker players based on their results, current skills, and longevity.

But the poker world never stays still, and new players are always rising up to join the best.

The list that you see here will change greatly over the next 5 to 10 years, and it’ll be interesting to see the new faces.

Of course, we can also expect a number of the players featured here to continue their success while adding more winnings and accomplishments.

Best Poker Players In The World