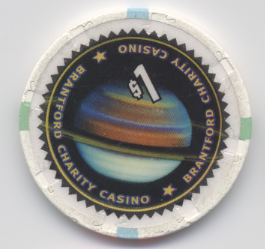 Andrew Feldman is a British professional poker player. He had a large stack on day 2 of the 2009 EPT Copenhagen. Andrew Feldman Once a promising young player, over the years, Andrew Feldman has been accused of everything, from slow rolling and performing hit and runs to bum-hunting players. Andrew did little to help his deteriorating image when he melted down on the Party Poker Premier League in 2011. For whatever reason, Andrew has been invited to be the first player ever representing the UK on the world's greatest TV Poker Show 'High Stakes Poker, being filmed in Vegas this week. Feldman throws out a massive 'Live game challenge,' to Luke Fullflush Schwartz and anyone else with a $1,000 upwards, who wishes to prove he is a crap 'Bumhunter.'

It is the most exciting time in the Poker Calender with the final of the WSOP main table under way or finished, by the time you read this. James Akenhead is simply a diamond geezer, never a word wrong and the main crime I have seen him commit was trying to get into the Gala Casino in Bristol in trainers. He is a faultless, young dude, who deserves and gracefully represents the flag of Her Majesty the Queen and the British Empire ( I know it doesn't exist but it sounds good). God bless James, if he wins the WSOP main event, he will be the greatest ambassador for poker in a long time, pissing on the likes of, 'do I split it Jamie Gold.' May James Akenhead bask in WSOP success, for whatever the WSOP final table result James Akenhead is now a legend of UK poker.

If you play Poker, apart from those rich enough to play purely for fun, surely we all want to be fractionally as successful and as liked, as James Akenhead. Who could say bad, who would want to say bad about James? From the very start, I said that poker would become more and more like The Ultimate Fight Club or The WWF in terms of becoming an entertainment sport, where TV and the community would enjoy the spectacle and glamour of verbal violence and surreal entertaining characters. There is a mini vitriolic war raging between up and coming young guns of poker, which we all seem to love. Tom Durrrrr had to listen to a lot of banter about his sexual tendencies, Andrew Feldman gets to watch Luke Schwartz slate him on a daily basis, and I was lucky enough to get only 4 death threats on 2+2 for my crap interview technique. Gus took on another pro in a boxing match, no idea what that was about but hey, it would have been more entertaining if they did not wear gloves.

My verbose interview of Tom 'Dwan' Durrrr was certainly a good lesson for me. None of my critics were wrong, I spoke too much, but I have never professed to be a Kara Scott or Jessie May, that is for sure. I was faced with one of my Poker Heroes, a super intelligent legend, totally secretive, and who correctly dwells on every single word he said. Tom 'Durrrr' Dwan is fast becoming the world's biggest poker brand, and Tom protects his image better than any PLC.

'That was unconventional and amusing. Tom even seemed to be a bit more at ease than usual interviews. You can all choke to death on the endless series of cookie cutter Amanda Leatherass interviews where everything is the same over and over again. Catman may have rambled, and at times made minimal sense but it was interesting unlike 99% of the poker interviews out there.'

I was fortunate to spend a good three hours The Tom Durrrr Dwan, he is a fascinating and inspiring man, who knows how to win big.

The truth doesn't hurt, the Catman death threats were fair but a little harsh, and the whole thing has taught me plenty.

Freedom of speach yes, but what about the top pro's who get slated to libelous levels, do they have to swallow and take it without vaseline.

Andrew Feldman has a big reputation, he has been called a cheat, a 'Bumhunter,' etc etc, and has received plenty of verbal from some forum members and of course Luke. For whatever reason, Andrew has been invited to be the first player ever representing the UK on the world's greatest TV Poker Show 'High Stakes Poker, being filmed in Vegas this week. Feldman throws out a massive 'Live game challenge,' to Luke Fullflush Schwartz and anyone else with a $1,000 upwards, who wishes to prove he is a crap 'Bumhunter.'

Hey, it's an offer you can't refuse.